Walt Disney’s grandson, Bradford Lund, has been embroiled in a 15-year probate court battle over trust distributions that he has not received. It has been estimated the amount at stake is approximately $200 million.  Even after all this time, conflicts continue over the terms of the trust, Lund’s mental fitness and comments the trial judge made that the Lund claims are evidence of the jurist’s prejudice against him.

Lund, now 50 years old, lost his most recent claim in the Ninth Circuit Court of Appeals, which covers Arizona, along with California and other states. This particular matter centered on Los Angeles Superior Court Judge David Cowan, who stated, “Do I want to give $200 million to someone who may suffer, on some level, from Down Syndrome? The answer is no.”  The Ninth Circuit called Judge Cowan’s Down syndrome comments inappropriate and “factually questionable,” but affirmed the District Court’s dismissal of Lund’s case against Cowan largely because a guardian ad litem originally appointed by the judge to represent Lund had been removed. 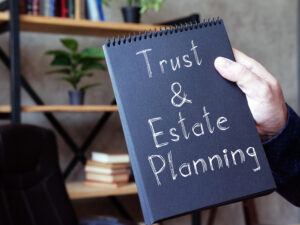 The overall saga illustrates the importance of using precise trust language and highlights the power wielded by trustees. Sharon Mae Disney, mother of Brad and his twin sister Michelle, stipulated before she died that her children would receive distributions from the trust on their 35th, 40th and 45th birthdays, but only if they showed the requisite mental stability. Specifically, Sharon appointed three trustees just before her death and empowered them to withhold distributions to any child who the trustees deemed lacked “maturity and financial ability to manage and utilize such funds in a prudent and responsible manner.”

When the twins’ 35th birthday came in 2005, the trustees decided that Brad was mentally incompetent and had not demonstrated financial maturity, so they refused to pay out his share. The trustees continued to give Michelle her millions on schedule despite her history of drug addiction and a 2009 brain aneurysm that damaged her mental faculties.

Whether one believes Brad Lund is entitled to the trust funds or not, the subjective criteria drafted by his mother gives the trustees a great deal of leeway. We have no way of knowing whether she would deny Brad his share of the family fortune if she could see him now. The trustees have control, and careless comments such as Judge Cowan’s could have an oversized effect on their decision-making.

While most of us will not have hundreds of millions of dollars at stake, everyone wants to avoid expensive trust and probate litigation. It is imperative that all your estate planning documents be drafted with precise language. Your choice of trustees and/or executor(s) is equally important.

Pennington Law, PLLC assists trust creators, trustees, beneficiaries and other interested parties in complex probate and estate matters. Call 623-208-7867 or contact us online to speak with a lawyer at our Surprise or Sun City West offices.