What Kinds of Disputes Can Arise Over a Will?

No matter how carefully a will is drafted, disagreements sometimes arise among heirs and others concerning the will’s authenticity or about the proper distribution of the deceased person’s assets. 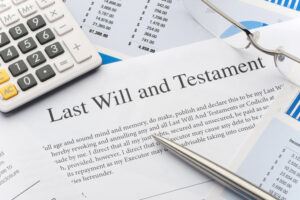 Arizona recognizes several grounds for contesting a will. They range from questioning the will’s authenticity to doubting the decedent’s ability to make a will to claiming illicit acts by third parties. These are the most common grounds:

If the probate court agrees that a will contest is sustained, the court can void the will and distribute the decedent’s assets according to Arizona intestacy laws.

Although some contests are unavoidable, an experienced Arizona estate planning attorney can draft a strong and effective will that clearly sets forth your intentions for distribution of your assets after your death.

At Pennington Law, PLLC, we help clients in Surprise, Sun City West, Buckeye and vicinity create clear and comprehensive wills and champion those wills in probate proceedings. Call 623-208-7867 or contact our office online to schedule your free consultation. Home and hospital visits are also available.